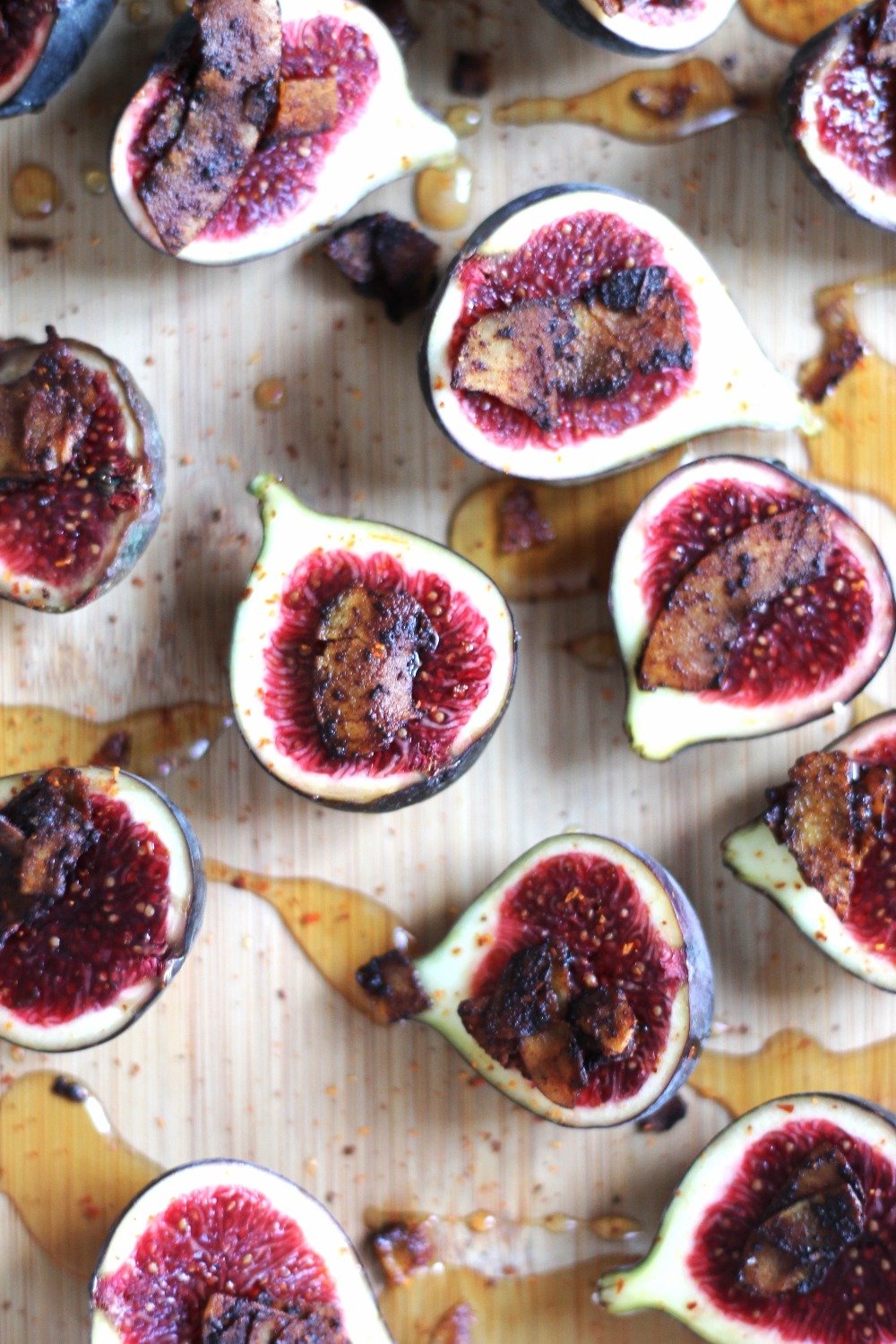 It seems that over the past couple years what used to be sure-fire vegan appetizers are slowly creeping over to meat-eating territory! What’s with that?! I’m sure you know what I mean….grilled asparagus wrapped in bacon, roasted brussels sprouts sprinkled in bacon bits, and melon and dates wrapped in prosciutto. Uuuuuggghhh. Can we stop with the bacon already? It’s a fad that’s frankly driving me crazy! I mean it was bad enough having to pick bacon off my pizza and salads. But now we’ve got to avoid fruits and roasted veggies too? That’s plant-based territory! I’m calling for a referendum!

Okay, maybe I’m being a tad dramatic, but I feel that the bacon war is one I’ve been fighting my entire life. I’ve never been a fan of bacon even before I moved to a more plant-based lifestyle. And for as long as I can remember I’ve been asking servers and the like to “hold the bacon.” Parties and weddings have been solely possible thanks to the vegan/vegetarian hors d’oeuvres during cocktail hour; to avoid my becoming a cheap date ever too quickly. “No thank you,” I say to another plate of steaming pigs-in-a-blanket. I turn to my friends, and sip my champagne with a smile, “I saw a veggie platter making it’s way over. I’ll grab them when they come!” But with this phase of bacon wrapped everything so goes the champagne straight to my head. And unfortunately I have to turn down that second glass! No fair!

However, a few days ago I was reading my Bon Appetit magazine when an idea sprang right before me. They were featuring a delicious appetizer for Figs with Bacon. And instead of lashing out to Mitch about why they would ruin my favourite fruit with bacon bits I was enlightened with a marvellous plan. I think my guardian angel must have descended down on me, passing along this wonderful idea with the goal to bring amity and peace between vegans and meat lovers alike.

Why not recreate a recipe like this using coconut bacon!?

Alas! The time has finally come for vegans to say YES to bacon! Coconut bacon, that is. This Maple Drizzled Figs with Coconut Bacon & Chile is the perfect solution to unite vegans and bacon-lovers. Finally we can feast together on a fruity app with a crunchy and savoury topping! Because let’s be honest, we can’t play dumb to why meat-lovers are so addicted to bacon bits; it’s smokey and spiced flavours are enticing, and it’s crunch is addictively satiating. But I promise…anything bacon can do, coconut bacon can do better. Coconut bacon offers all the familiar flavours and complexity of traditional bacon. It’s smokey, it’s spiced, it’s salty, and it crunches! Even my flexitarian hubby will agree that this coconut bacon tastes so similar to the real thing it could fool the biggest meat-eating addicts. In fact, we think the coconut version is even better as it offers a subtle coconutty flavour that pairs so beautifully with the savoury blend. I wouldn’t be surprised if your meat loving friends confess that it’s the best bacon bits they’ve tasted!

I encourage you to try it out! And what better way to test the theory than right now, with holiday parties quickly approaching? Put this recipe to the test this Christmas and New Years, and see how many of your meat-eating and vegan friends come together to adore this app. They always say that the holidays are time for peace on earth, and this Maple Drizzled Figs w/ Coconut Bacon & Chile couldn’t have come sooner. Cue the Hallelujah Chorus! 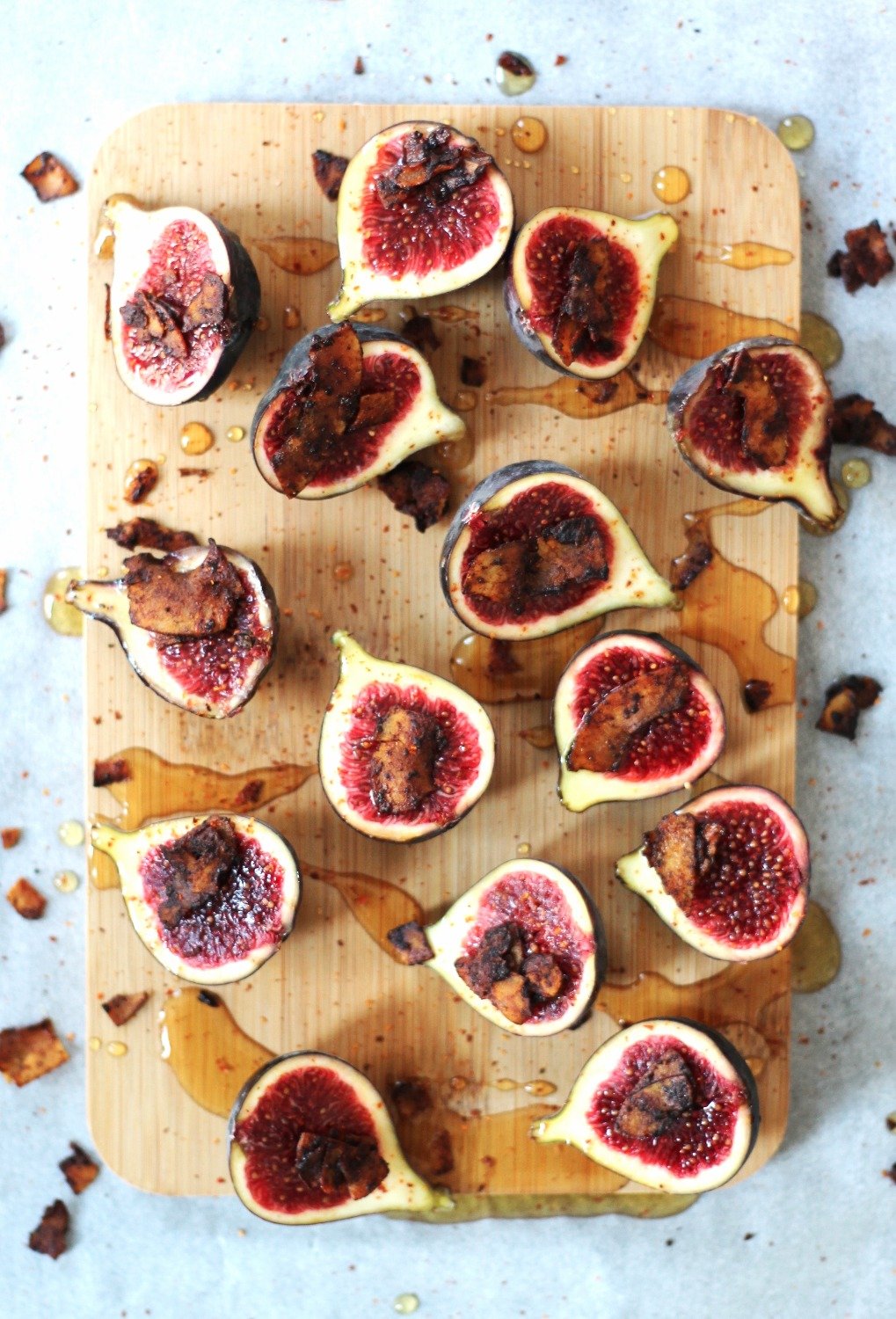 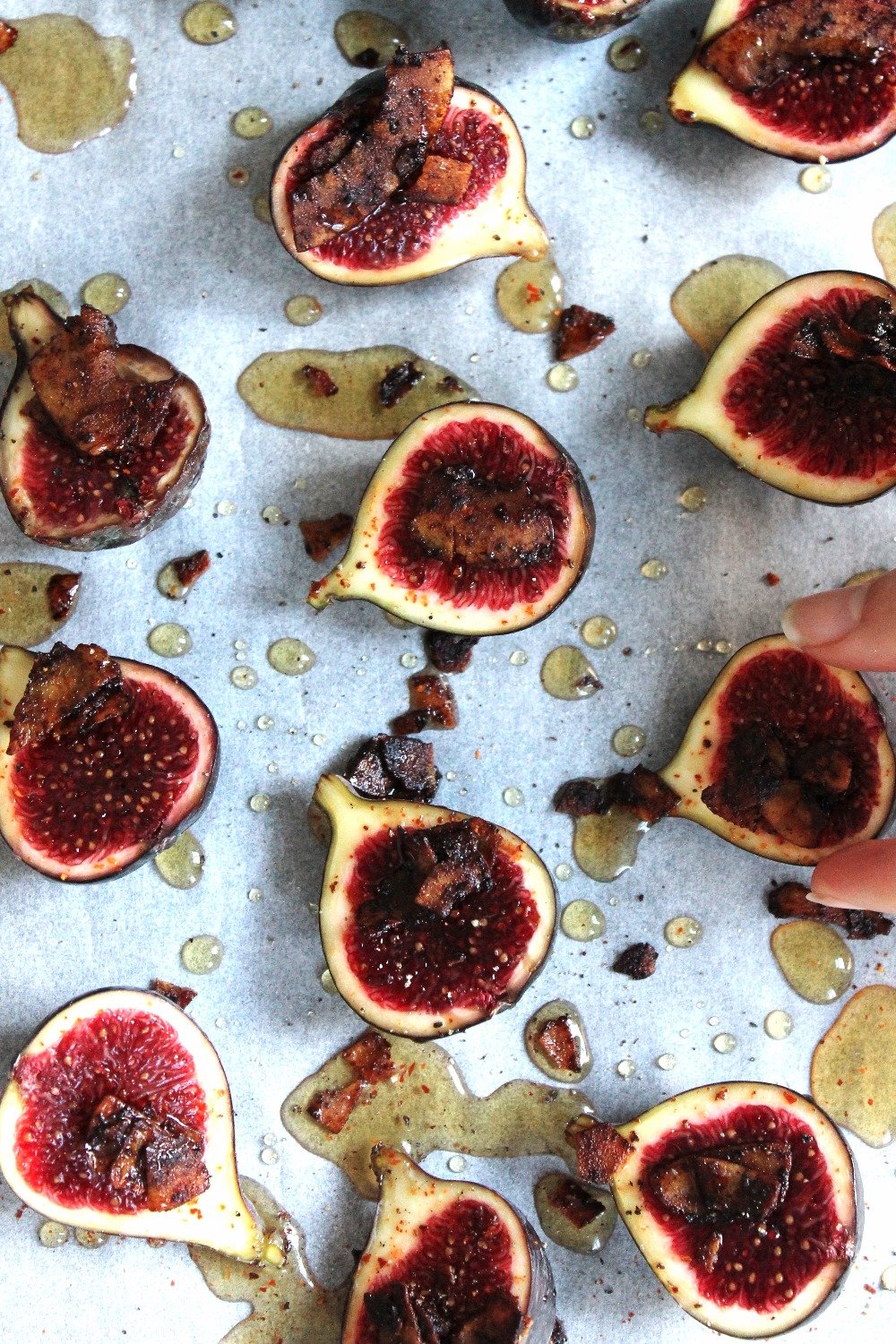 Print Recipe
Maple Drizzled Figs w/ Coconut Bacon & Chile
Coconut bacon offers all the familiar flavours and complexity of traditional bacon. It's smokey, it's spiced, it's salty, and it crunches! Even my flexitarian hubby will agree that this coconut bacon tastes so similar to the real thing it could fool the biggest meat-eating addicts. 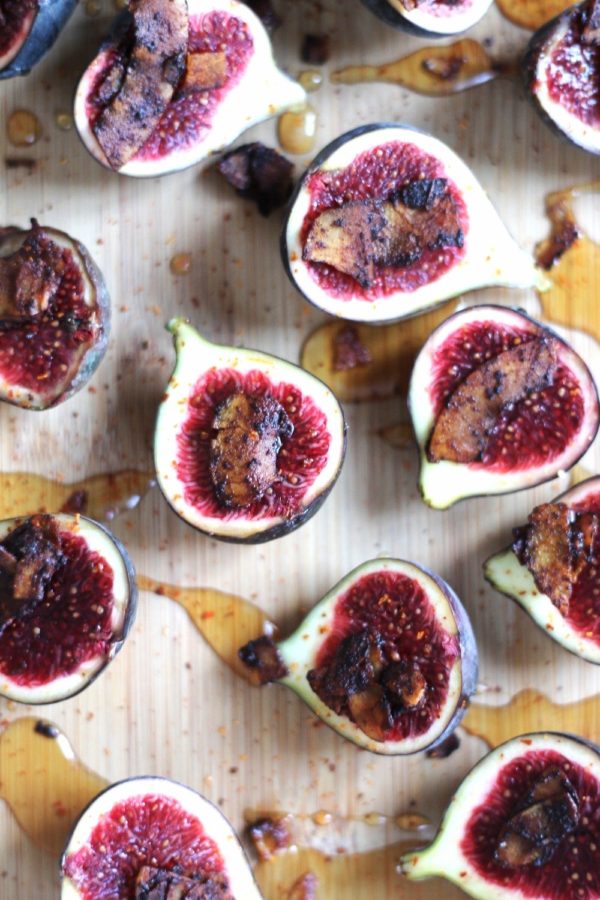 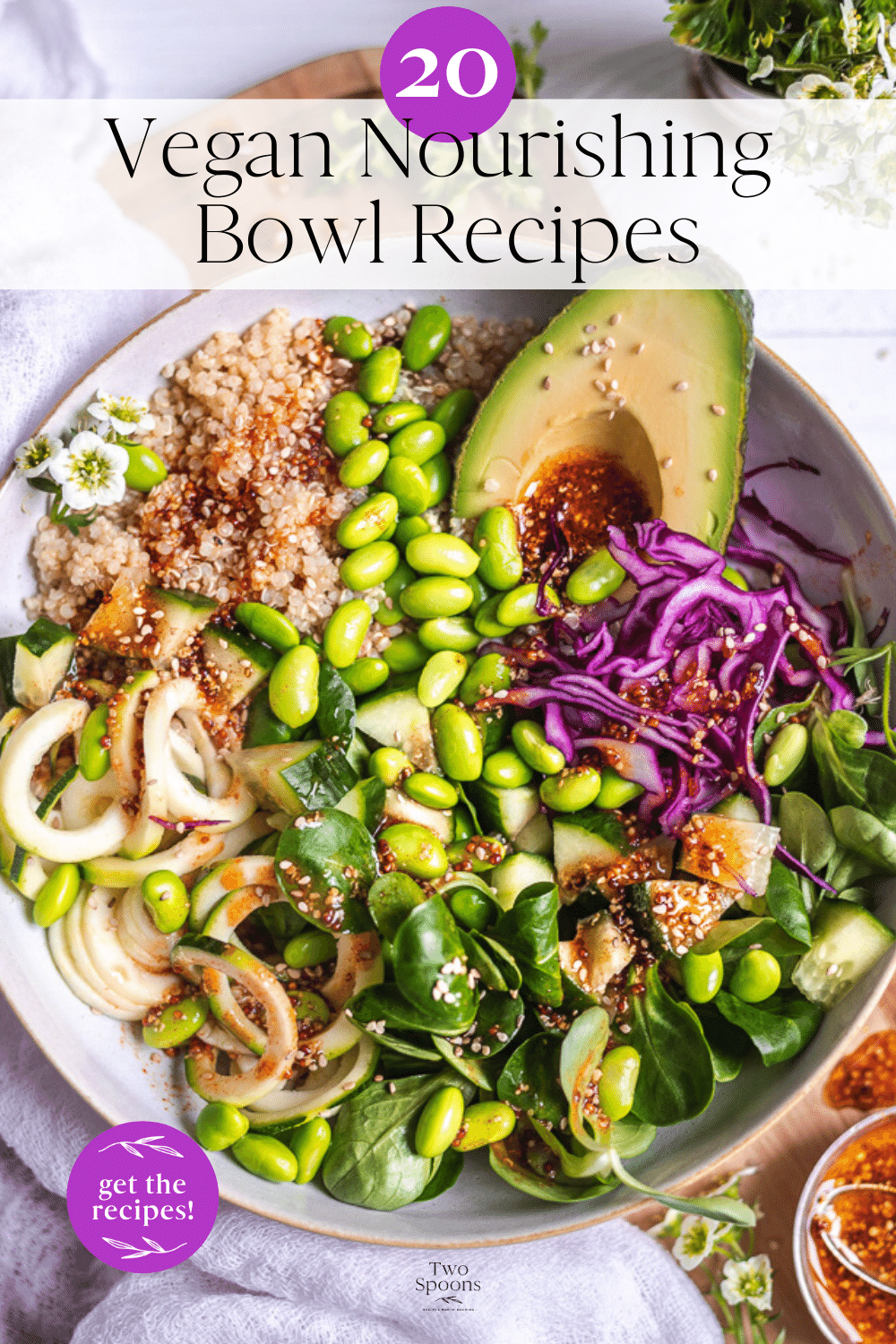 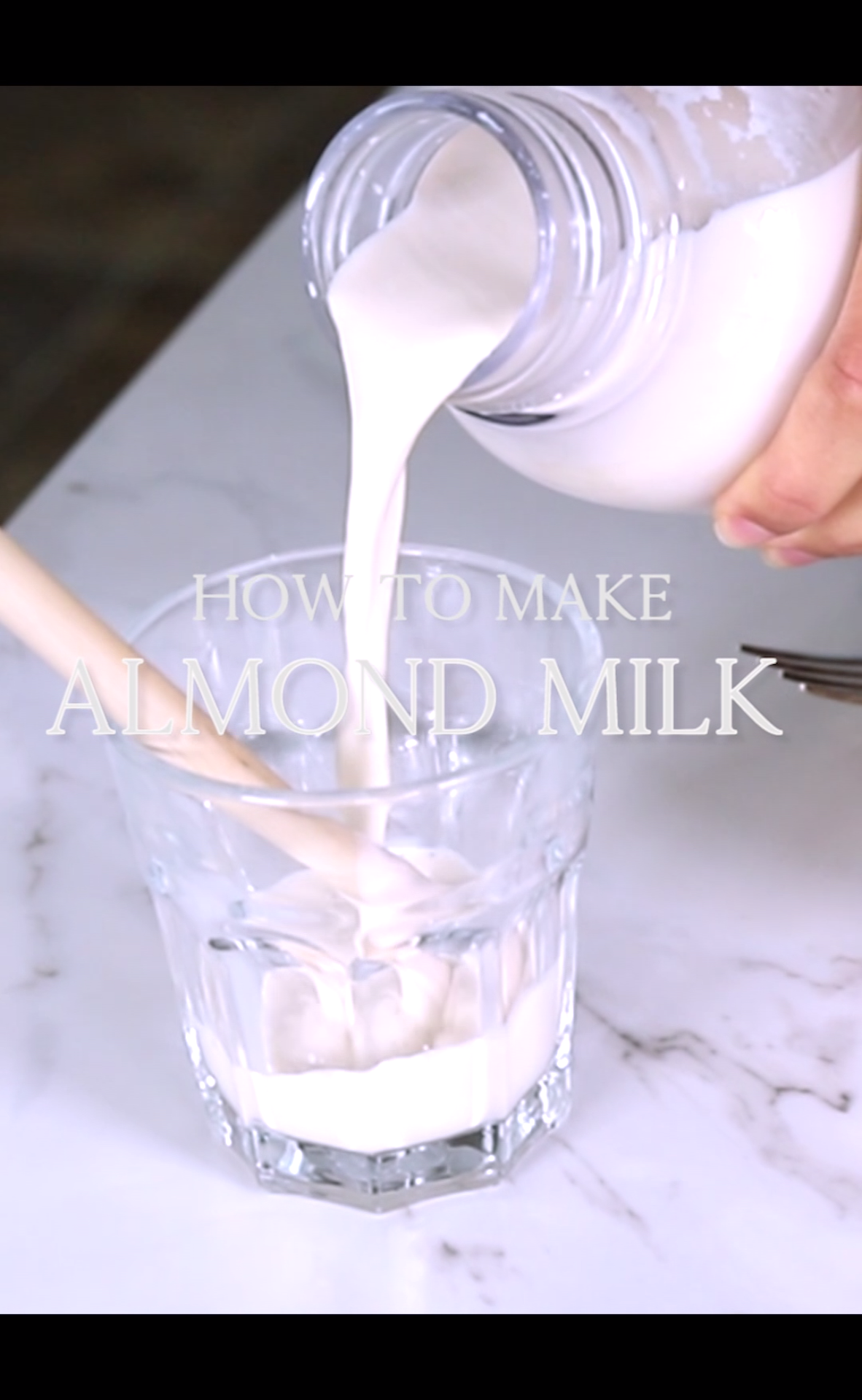