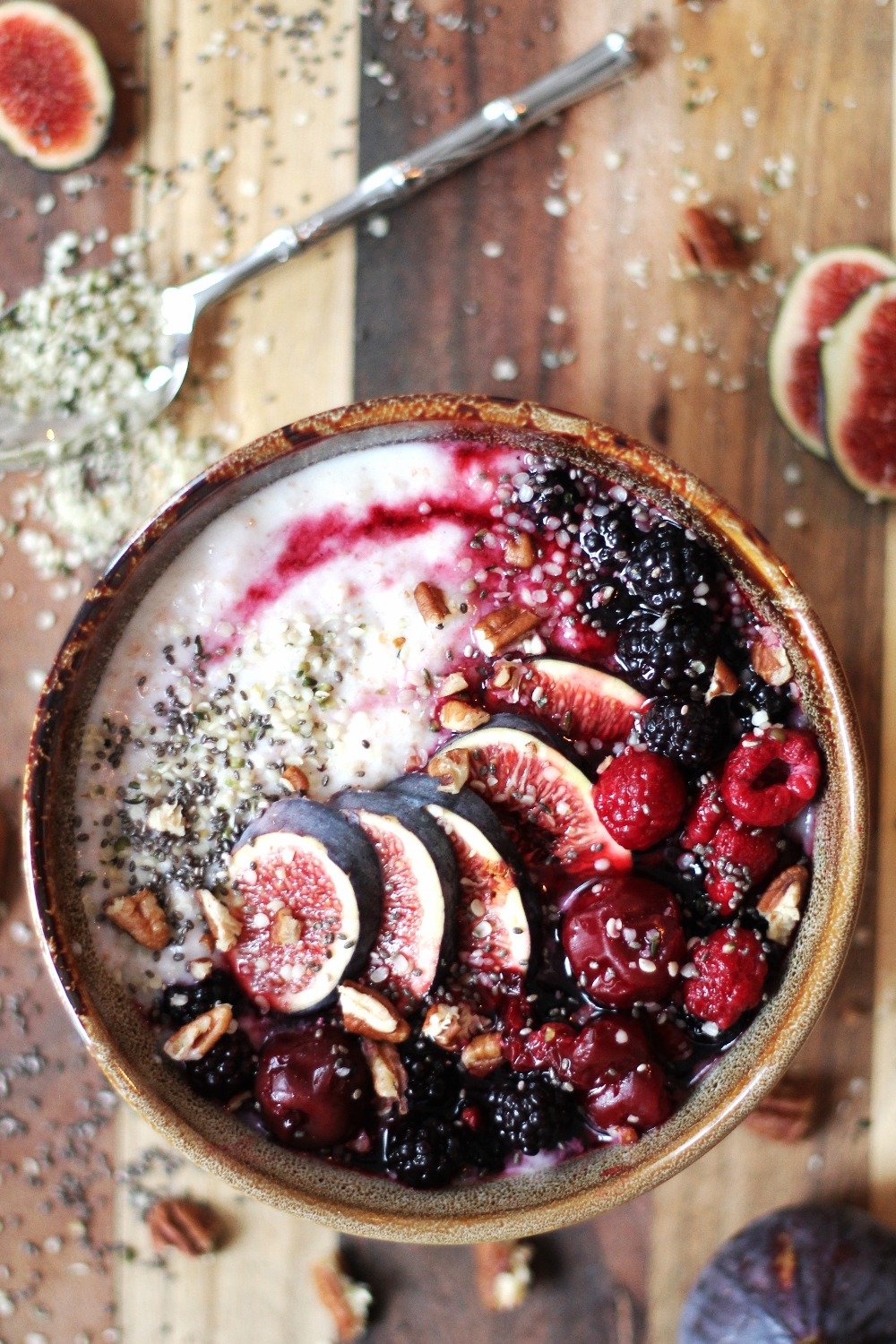 So now that it’s officially freezing I’ve been relying on a new winter breakfast recipe to warm up my morning (and my outlook for the season!). Thank goodness this Red Berry & Barley Porridge came to my rescue! If there is anything that is going to motivate us to step out of that warm cozy bed and into the frosty morning air it’s this barley porridge.

You may have noticed I said BARLEY porridge, not oats. You heard that right! I don’t know what took me so long to cast this gorgeous grain as the star of my breakfast bowl because what a performance it made! Barley porridge has got to be one of the best porridges I’ve ever tasted. It offers a deep, wheaty, full-bodied flavour, that differs from the classic – and I’m loving it! It’s like comparing white rye bread to the whole-grain seedy kind – the latter makes a lasting impression that’s yeasty, satiating and soothing. I’ll choose it every time.

So I’m certain I’ll be choosing this barley porridge as a wheaty winter favourite! And although I’m late to the grain game, I hope you won’t make the same mistake as me! Good news is that I’m just in time for the winter season. I think the reason I had ruled out barley is because of the size of the grains – they’re large and pearly – more suited for a rice pudding or tossed in salads than for breakfast. But it’s quite easy to transform barley into a porridge style grain; and it doesn’t require any special requirements. You can simply use barley straight outta the cupboard! All you need to do is to throw them in your blender and a few pulse later you’ll have a coarsely chopped porridge that looks so much like steel cut oats its untrue. And the consistency is much like it too when cooked! It’s got this thick, creamy, and slightly gelatinous texture that perfect for a comforting winter rich porridge. Each spoonful is thick and soothing – a momentary heaven on earth as you melt into its warmth and promise. Nothing is more important as we brace for the winter months.

What’s also good about this recipe? You can eat it all week (that is if you’re as much of an addict to porridge as I am).  Reheated barley porridge is just as good as Day 1. I cooked up a big batch of this to nosh through the work week – Monday to Friday baby! Just add a little more creamy almond milk to the bowl, give it a stir, stick it in the microwave or on the stovetop, and in minutes you’ve got an quick and easy morning breakfast that’s as gorgeous as this one.

As for toppings – I love pre-frozen berries that have been thawed. It’s effortless, simple and SO delish! I love the way it pairs with the deep and creamy flavours of the porridge, and it’s the perfect winter fruit, especially if you’re a berry lover like me, because we all know that berries this time of year are as jet-lagged as they look. The frozen are always sweet and fresh since they’re picked at harvest, so you know you’re getting quality produce. And honestly, the transformation of those berries going from frozen to thawed is revolutionary. It creates this amazing berry boozy texture and a thick jammy juice that’s so sweet and decadent. And served on porridge? Game over. Just be sure take those berries out the freezer  the night before and transfer them to your fridge to thaw. In the morning you’ll be hugging yourself for this little act of kindness. Other favourite toppings of mine? Some sprinkled hemp hearts, chia seeds, pecans, and coconut shavings (Drooling!!). They’re all perfect for some extra flavour and crunch.

So do yourself a flavour and try out this Red Berry Barley Porridge for a wonderous morning breaky! It’s a game changer to your winter blues. After all, we’re just at the beginning of this chilly journey…so let’s make sure we’re fully prepped to get through it. Come and get me winter! I’m ready for ya! 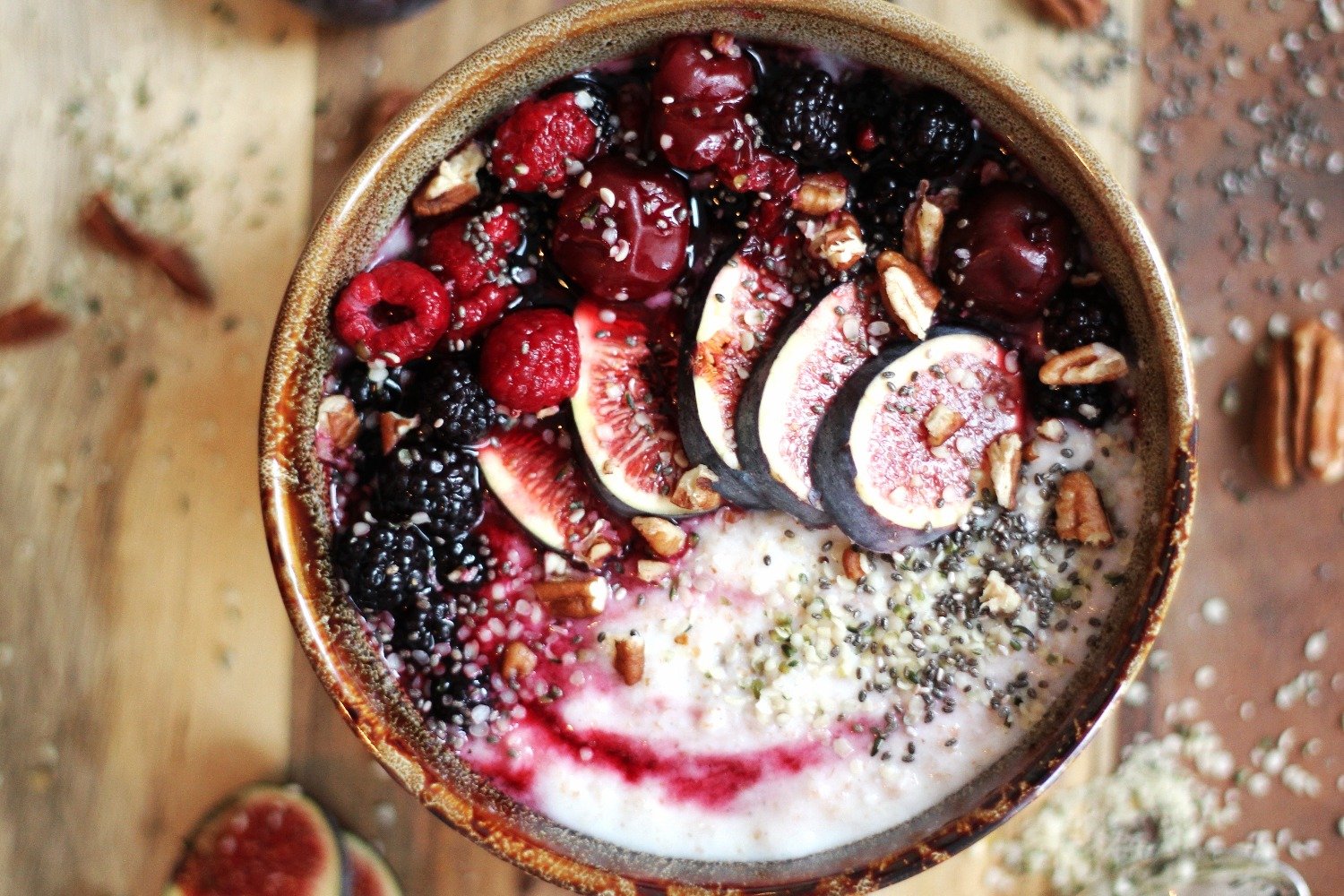 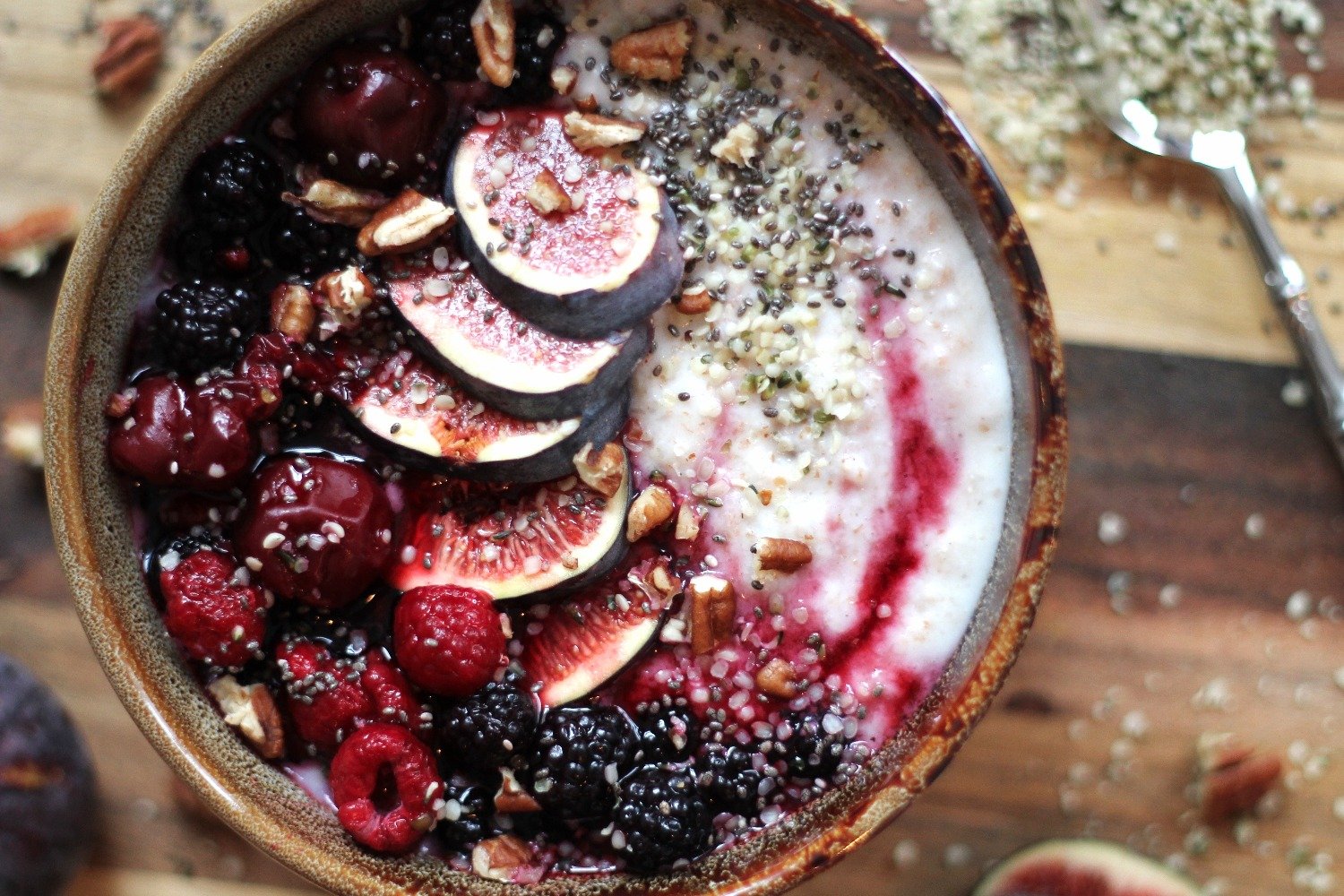 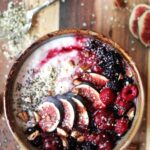 Instead of mixed berries, try topping this barley porridge with Apple Compote or Apple Butter. Nutritional information is a rough estimate.